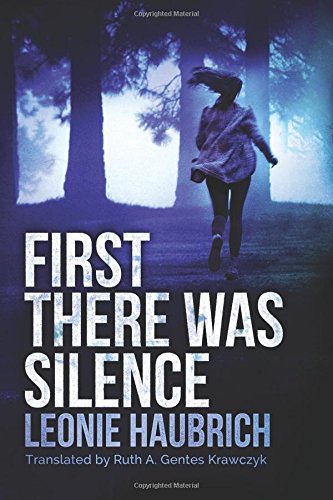 First There Was Silence

Nele finally had her life back on track. After her first marriage crumbled, she didn’t know if she’d ever be able to recover—until she met Andreas.

Their marriage and the birth of Lotta had been a small miracle. But when the baby, now nine months old, mysteriously disappears, Nele’s world turns dark again. Suspicion immediately falls on her—but Detective Sven Jansen suspects that there’s more to the story, especially when Nele’s long-estranged sister suddenly reappears and begins talking about their past.

Desperate to retrieve her missing daughter, Nele finds herself on the run. With her world crashing down around her, she combats the growing distrust from those closest to her, along with her own self-doubt, to find out what happened to Lotta. But can she or Detective Jansen uncover the truth? Or will Nele’s worst nightmare become a reality for a second time?